Conflict and Renewal: Europe Transformed brings together the views of policymakers, leading scholars, and practitioners in post-conflict management from Europe and the United States – many of them active in the historic process underway in South-Eastern Europe and beyond. Reviewed here are pertinent issues of the continent’s fundamental transformation fifty years after the signing of the Treaty of Rome. The results of post-conflict recovery are critically assessed, with consideration given to transitional justice and reconciliation issues, complemented by a detailed examination of broad political and economic questions including human and minority rights in war-torn societies. With this volume, Europe is viewed as an emerging global player against the backdrop of challenges posed by the delayed transition in the Western Balkans. In appraising the future of Bosnia and Herzegovina and the status conflict between Serbia and Kosovo, contours of a long overdue regional vision for the Balkans in the New Europe emerge. This book, comprising insightful essays and the views of a diverse group of contributors, uniquely features the work of a select number of contemporary artists whose interventions both contrast and complement the essays. The publication honours Wolfgang Petritsch, the eminent Austrian diplomat, international Balkans ‘trouble shooter’ and author, on the occasion of his 60th birthday, offering fresh reflections and thought-provoking opinions on some of the most urgent policy issues facing the European Union at the start of the 21st century. 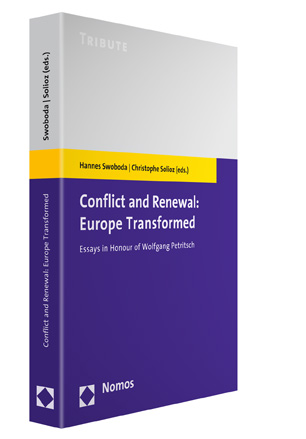